Whether you are a fan of cricket or not, chances are that you have come across the words ‘Indian Premier League’ or IPL. The annual tournament has cemented its place as one of the biggest cricketing events and was the first sporting event to be broadcasted live on Youtube.

History of the IPL 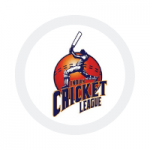 Before we look into the IPL, it is also useful to shed light on the ill-conceived Indian Cricket League (ICL). The ICL was set up by Zee Entertainment Enterprises but was never recognised by the Board of Control for Cricket in India (BCCI) or the International Cricket Council.

To deter players from entering the tournament they increased the prize money for their domestic tournaments and imposed lifetime bans on players joining the ICL. These two reasons were served as enough of a deterrent for the success of the ICL which ultimately paved the way for a new tournament i.e IPL

On 13th September 2007, the IPL was unveiled via a grand ceremony held in Delhi with the aim of starting its first season in 2008. Then BCCI vice president, Lalit Modi was given the responsibility of crafting the format of the tournament and other aspects such as prize money, franchise revenue system and squad composition rules.

Modi also further clarified that the IPL was being carefully constructed in the last couple of years and was in no way a direct response to the ICL. As per Modi, inspiration for the format of the tournament was taken from the NBA in USA and the football premier league in England.

The tournament takes place with a total of eight teams. Each team plays the other twice in a home and away round robin format. Once all the matches have been played, the top four teams qualify for the play offs.

The first play off sees the top ranked side face off against the second best team. If the top ranked team are successful in beating their opponents then they will advance to the final of the IPL.

Standard rules of a T20 game are enforced in an IPL match. Two teams have a single innings each which is restricted to a maximum of twenty overs. A typical match at IPL can last up to three and a half hours which is much shorter than a 50 over one day international. As of 2018, the IPL also utilises the Umpire Decision Review System. Each team is given one opportunity to review the decision made by an on-field umpire.

Once the tournament format had been crafted, the next step involved deciding the owners of the new league. An auction took place on 24th January 2008 with a base price of $400 million set for the franchises. At the end of the auction, the winners were announced along with the cities the teams would be based in.

These included Bangalore, Chennai, Delhi, Hyderabad, Jaipur, Kolkata, Mohali, and Mumbai. Most of us are aware of who the owners are with high profile celebrities such as Shahrukh Khan taking charge of the Kolkata Knight Riders and the Reliance Group investing in the Mumbai Indians.

2012 saw another termination in the form of Deccan Chargers as they were unable to find new owners. The team was later rebranded to Sunrisers Hyderabad following a winning bid from the Sun TV Network.

Pune Warriors would be unable to continue their IPL journey as well and were terminated in 2013 over financial difficulties. 2015 saw the suspension of two-time champions, Chennai Super Kings, and the inaugural season champions, Rajasthan Royals. Both teams were found guilty in match fixing and betting scandal.

Head over to our IPL Betting Tips section where we give you the insight on who we think will win the tournament this year.

There are three different ways that players can be inducted into an IPL team. The first is via an auction whereby players sign up for their auction and set their base price. They are eventually sold off to the highest bidder whereas unsold players are eligible to be signed up as replacement signings.

The second way is trading a player to another team with the player’s consent. The franchise pays the difference if any between the new and old contracts. If the new contract is worth more, then the difference is paid both by the player and the franchise selling the player. The trading can only take place at designated trading windows.

As a general rule, a team in the IPL must have between 18 and 25 players. A maximum of 8 overseas players can be inducted into one squad and a maximum of 4 of these foreign players can be included into the playing eleven. Under 19 players cannot be included in the squad unless previously played first-class or List A cricket. Player contracts last for one year and can be extended by the franchise for another one or two years.

A maximum salary cap of ₹850 million (US$12 million) is imposed upon each squad. The player contracts are drafted with the India rupee but overseas players have the option of being remunerated in a currency of their choice. The exchange rate is set either on contract due date or actual date of payment.

Up to the 2014 season, domestic players were not included in the auction. Franchises could sign domestic players at a discrete amount. A fixed sum of ₹1 million (US$14,000) to ₹3 million (US$42,000) would get deducted per signing from the franchise’s salary purse if such an event took place.

The obvious drawback of this was the ability of richer franchises luring players to their squads with under the table deals. To make things transparent, the domestic players were also included in the auction pool so that every franchise owner would have an equal shot of signing a player.

In 2015, a survey was conducted by Sporting Intelligence and ESPN The Magazine which came to the conclusion that an average IPL salary when pro-rated is US$4.33 million per year. This is the second highest amongst all sports leagues in the world! 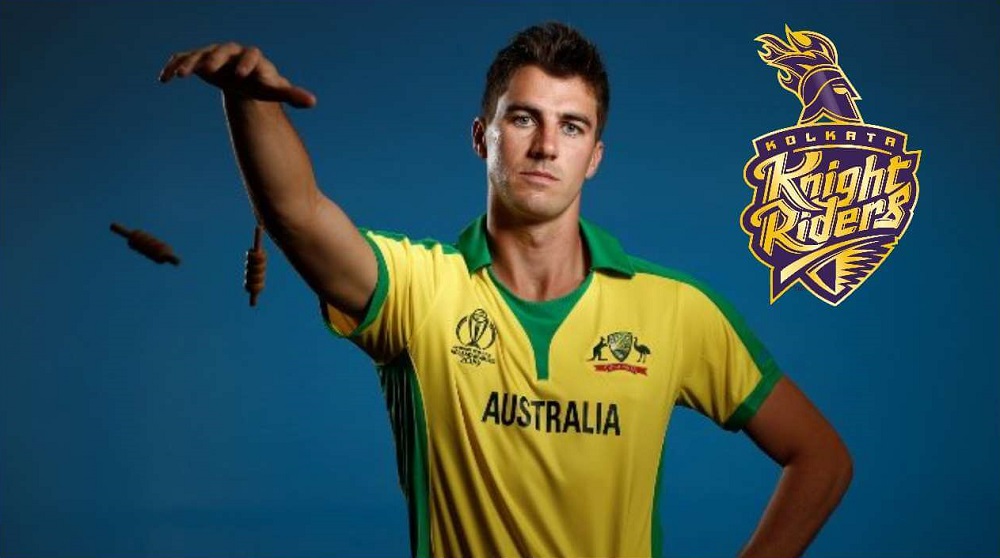 There are two awards that are handed out at the end of an IPL season. The orange cap is awarded to the top run scorer in the IPL during a season. The winner of the prior season wears the cap throughout the current event, eventually passing it onto a new batsman if he has scored the most runs.

It is safe to say that from a brand point of view, the IPL is the most lucrative T20 league. The brand has grown immensely over the years from its initial valuation of US$4.16 billion in 2016 to a staggering US$6.13 billion in 2018.

The value has increased significantly since then owing mainly to a new television deal with Star India Private Limited. The new deal allows the tournament to be broadcasted in 8 different languages as opposed to only providing English commentary as per the previous deal.

According to Duff and Phelps, the last few seasons have also been somewhat controversy free allowing the tournament to grab headlines for the right reasons. The focus has been more on the actual cricket being played by the teams rather than the betting controversies that seem to cling on to cricket events such as match fixing and illegal cricket betting.

We always encourage our audience to go via the appropriate channels and to only use cricket betting sites listed on cricketbettingpro.com!

The director of Brand Finance, a London based company had the following to say about the brand value “Now in its 11th season, the Indian Premier League is here to stay.

The league has delivered financially for the players, franchisees, sponsors and India as a whole, prompting a strong desire among a range of stakeholders to appropriately value it. To ensure continued development, management and team owners will have to explore innovative ways of engaging fans, clubs, and sponsors”

DLF, India’s largest real estate developer was the inaugural sponsor of the tournament, a partnership that lasted for five seasons. The winning bid by DLF for securing the sponsorship rights was valued at ₹200 crore (US$28 million) for five seasons.

The sponsorship duties were then taken over by PepsiCo who bought the title sponsorship rights for ₹397 crore (US$56 million) for another five seasons. The company was unable to see through the deal and had it terminated two years before its expiry. 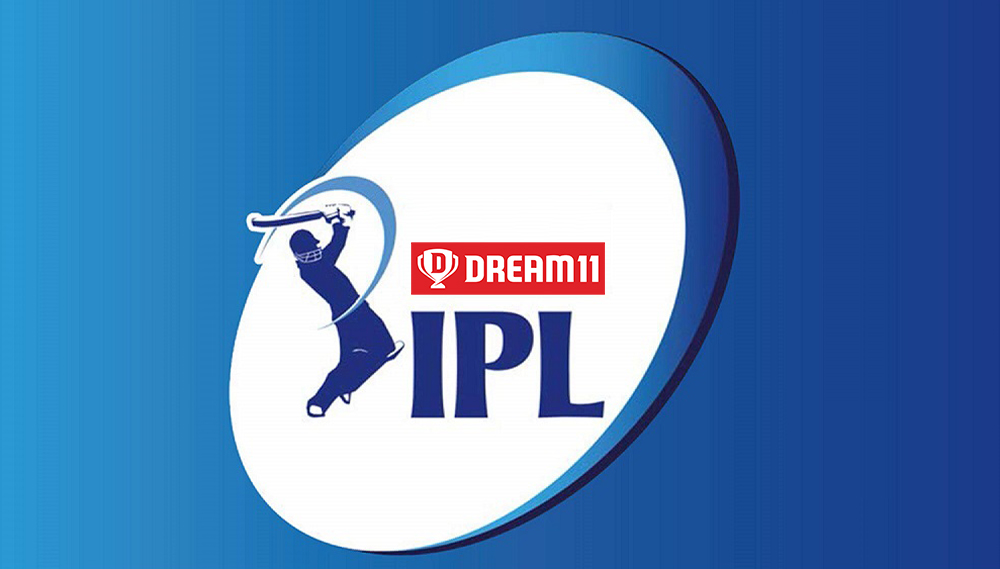 As far as broadcasting is concerned, Star India has acquired the rights to broadcast the tournament on a five-year contract. Valued at ₹163.475 billion (US$2.55 billion, £1.97 billion), it is a 158% increase over the previous deal, and the most expensive broadcast rights deal in the history of cricket.

Even Facebook, the social media behemoth had made a bid of US$600 million for the domestic rights of the tournament but ultimately was outbid by Star India.

Uday Shankar, CEO of Star India had the following to say “IPL was a ‘very powerful property’, and that Star would remain very committed to make sure that the growth of sports in this country continues to be driven by the power of cricket. Whoever puts in that money, they put in that money because they believe in the fans of the sport. The universe of cricket fans, it tells you, continues to be very healthy, continues to grow. What was paid in 2008, that was 2008. India and cricket and IPL—all three have changed dramatically in the last 10 years. It is a reflection of that”

The matches are broadcasted by Star via their video streaming platform Hotstar and are also available on Jio TV and Airtel TV apps on smartphones.

The latter is a great addition as it will allow you to place bets on your favourite matches whilst you are watching them on your smartphones. You can head over to our cricket betting apps section to see what apps you can use NOW to place your bets.