Indian Premier League (IPL) has also seen cricketers going away with the prestigious award over the years. The tournament has set up awards specifically for the bowlers and batsmen as well.

These are most well-known by the following names – IPL Orange Cap and IPL Purple Cap.

The IPL Orange Cap is an award given to the batsmen who scores the most amount of runs in a tournament. 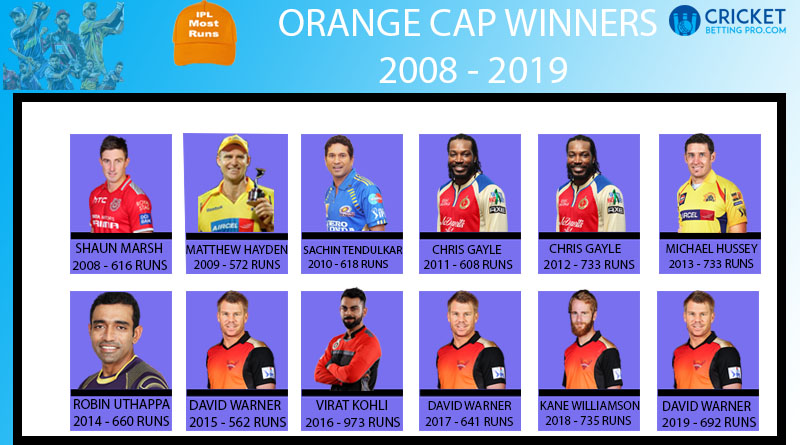 The first award was given in 2008 to a batsman who has performed exceptionally well with the bat. The award in 2008 was given to Shaun Marsh who scored 616 runs in a total of 11 matches.

These were the most number of runs scored by any batsman in the inaugural season of the IPL.

Till date, Virat Kohli holds the record for scoring the most amount of runs in one season. The Indian captain was in blistering form in 2016 and scored 973 runs to be named the Orange Cap winner.

He will face tough competition in IPL 2020 as he will be up against two other equally destructive players – David Warner from Australia and Kane Williamson from New Zealand.

The rules to be judged the Orange Cap winner are fairly simple. The award is given to the leading run scorer who is then required to wear the cap in the following season.

In the event that two or more batsmen have scored the same number of runs, the strike rate determines the winner of the award.

The winner of the award who is fielding is allowed to wear the cap till the end of the innings even if an opposing batsman has overtaken his runs.

What is Orange Cap?

It is the award given to the most prolific run scorer in a given IPL season.

The award was first introduced in 2008 and was given to Sohail Tanvir from Pakistan who with his unorthodox action wreaked havoc on the batsmen. Tanvir claimed 22 wickets in just 11 matches.

Till date, West Indie’s Dwayne Bravo has taken the most amount of wickets in any IPL season. Bravo took an astonishing 32 wickets, the most by any bowler. 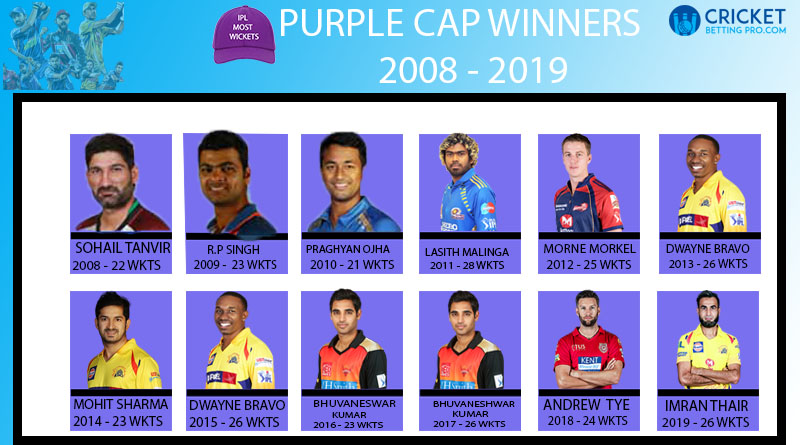 Imran Tahir from South Africa took the award in the last season, taking 26 wickets in 17 matches. His celebrations after each wicket are well worth the price of admission alone!

IPL 2020 will see fierce competition amongst the bowlers. Bravo, Tahir will be up against pace sensation Jasprit Bumrah who has been troubling batsmen on the international circuit.

Bumrah will be against the fiery pace of Trent Boult from New Zealand making it difficult to predict who will walk away with the Purple Cap in 2020.

The Purple Cap is given to the highest wicket taker. The winner is required to wear the cap in the following IPL season. In case of a tie, the bowler with the better economy rate ends up winning the award.

What is Purple Cap?

It is an award given to the bowler with the most wickets to his name in an IPL season.

Imran Tahir was crowned the winner of the Purple Cap award in 2019.