Home » Latest News » The ICC Awards of the Decade 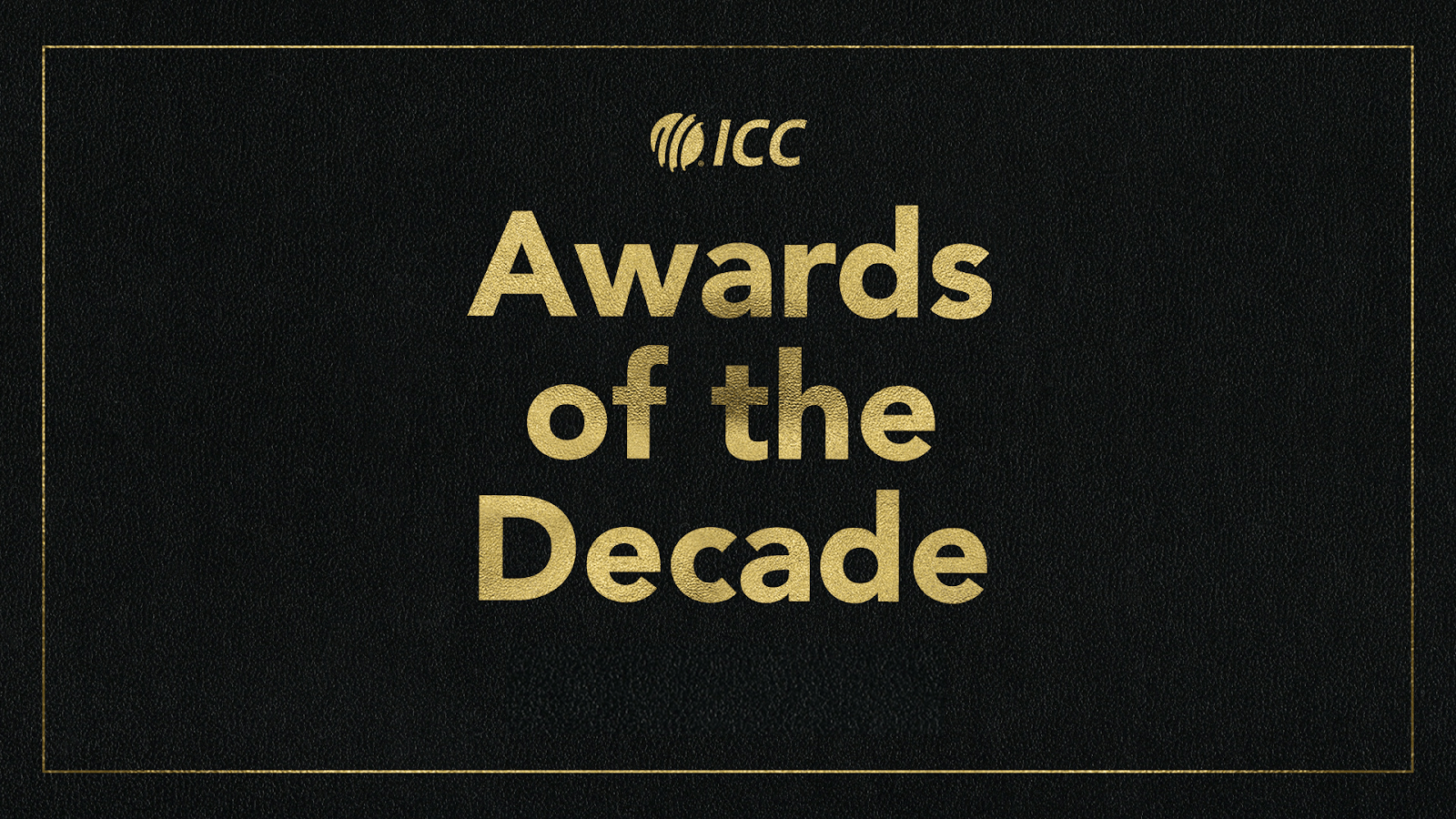 The most exciting moment for Cricket Fans across the World is when the program of “The ICC Awards of The Decade” broadcasted on Star Sports Network and digital platforms by the end of the year 2020. ICC announces the awards for all the players who have made a decade special and for the master class of their performances.

ICC engaged the fans across the globe casting 5.3 Million Votes along with the intellectual members of the Jury, including former Cricketers, Journalists, Broadcasters, and Statisticians like Sharda Ugra, Lisa Sthalekar, Tim Cutler, Alan Wilkins, Shaun Pollock, VVS Laxman, Peter Lalor, Ramiz Raja, Rex Clementine, Russel Arnold, Darren Ganga and many more. The Awards were given to the players who have played a minimum of 5 years in the last decade.

10 Titles Crowned to The Super Stars of Cricket:

Following are the 10 Awards listed with the Winners names carved by ICC for the last decade:

He is a most promising and prolific Skipper who scored more than 3,400 runs and the 1st Scottish Player to score a century in International Cricket, and a superHero for the Associate Teams playing across the World.

The Most Adorable Award for The best overall performer in women’s international Cricket goes to Ellyse Perry of Australia.

An ecstatic Cricketer deserves the Hat Trick of Awards in the decade, scoring more than 4,000 runs and 200 Wickets in all the three formats of the game. She has played an integral part of the Australian Team, winning the 50 Over World Cup once and T20 World Cup 4 times in her incredible career. She deserves the award for not only being the Leader of the Australian Team but is the Leader of the Global Women’s Game.

The Most Jubilant Award for The best overall performer in Men’s international Cricket goes to Virat Kohli of India.

He is an Inspirational Cricketer who Masters all the three formats of the game and rightly called the Role Model to the 21st Century youngsters. He is such a player who sets an example for determination and courage as a leader to others. His appetite for runs, even after scoring more than 20,000 runs in all the formats, is amazing.

Kohli is a run making Machine that converts an impossible target to a possible one.

Farewell of the Decade:

A farewell is for the Welfare of the Next Decade! Cricket Rocks!

Title: The ICC Awards of the Decade